Prior to joining CPPI in January, 2012, Onkar was the Vice President, Human Resources & Strategic Planning with All Weather Windows in Edmonton, Alberta, from January 2009 to January 2012.  From August 2001 to March 2008, he was Vice President, Operations with the B.C. Maritime Employers Association, from August 1999 to July 2001, he served as Director, Labour Relations and from 1990 to July 1999, as Manager, Labour Relations.  Prior to 1990, he was a Senior Human Resources Officer with BC Gas Inc. Prior to BC Gas, Onkar worked for Canada Post Corporation as an Operations Supervisor, General Supervisor, Superintendent and Senior Labour Relations Officer.

Onkar has extensive experience in Labour Relations including arbitration and Collective Bargaining.  He has presented dozens of arbitration cases and negotiated collective agreements for three different industries, including Pulp and Paper.

Onkar holds a Master of Business Administration and a Bachelor of Arts in English Literature from the University of British Columbia. 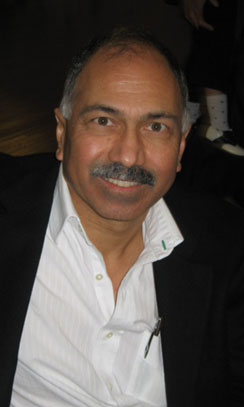